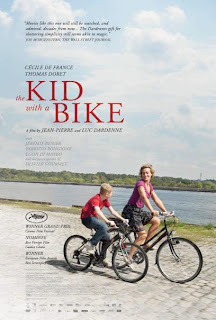 Review: The Kid With a Bike
When it comes to acclaimed directors, the Brothers Dardenne are to Europe what the Brothers Coen are to America -- visionary filmmakers who delve into compelling stories about everyday life and emerge with movies dripping with quirky, despicable, loveable and compassionate characters to whom we can all relate.
In their new film "The Kid With a Bike," Jeanne-Pierre and Luc Dardenne present audiences with the story of Cyril (Thomas Doret), a restless boy, on a mission to find the father (Jeremie Renier) who left him temporarily in a children's home. The guy even sold his bike. The boy's only hope is a local hairdresser, Samantha (Cecile de France), who reunites him with his bike and offers to foster him on weekends.
His predicament sets the stage for a moving story in which a troubled young boy, almost 12, and a complete stranger slowly come to understand each other. What draws you in is the woman’s genuine compassion for the boy, who has no connection to her except being akin to the same Belgium neighborhood. 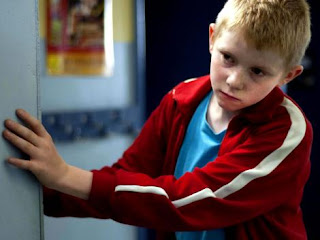 You’ll want to care about this poor little boy with unruly hair, determined not to cry, but he kind of remains at a distance.
That's not to say Doret isn't brilliant. His portrayal of the kid in motion -- riding his bike, chasing down leads on his father and escaping his listless caregivers -- was intense and amazing for a first-time actor.
"Right from the start we were struck by the expression in his eyes, his stubborn hair, his look of concentration," Luc said, during the Cannes' interviews. "He also had an astonishing ability to learn his lines ... and he had a lot of them," said Jeanne-Pierre. "From the first tests -- which, in fact, are the opening scene of the film -- we felt that he was the character. He had an intuitive understanding of his part, something immediately accurate and poignant, without ever sniveling."
That's the Dardennian style, never dictating an emotional response and remaining observers of the story.
I would have liked a little more sniveling, though, and a few more hints of the little boy. But then, that's also why we're attracted to this character. You know that deep down, beneath the brave exterior he's just a boy longing for a father.
Rated: PG-13
Landmark Main Art Theatre
118 North Main Street, Royal Oak
Show times: 1:15, 4:15, 7:15 and 9:30 p.m.
Posted by Gina Joseph at 12:08 PM