Times Square is the place I want to be


If there's one thing I would like to do - while I still have the gumption (and ability) to stand for nine hours -- it’s visit Times Square on New Year's Eve.


Nearly a million revelers are expected to cram into the streets of Times Square to witness the glittering ball drop on New Year's Eve. Not just any ball, either, it is a glittering Swarovski crystal ball that marks the start of the year.


I've been told by those who attend that the tradition of gathering in Times Square to ring in the new year has been going on for a century. In the early days, however, before the bowtie collection of streets at Broadway and Seventh Avenue, only the brave ventured the area as it was overrun with crime and home to sex shops and peep shows. Instead of gearing up for business, as many do now, shopkeepers would board up their windows with plywood and say a prayer that they had a shop to return to the next day.


New Yorkers say it was a boozy, drunken mess.


Then NYPD put its foot down. "In the 1990s, the police wouldn't even let us play music on an outdoor sound system," said Tim Tompkins, president of the Times Square Alliance, which runs the event along with Countdown Entertainment. "They were afraid to draw any more people because it was wild."


Thanks to the arrival of Disney, upscale hotels, theme stores and restaurants in the mid-1990s, the celebration started to draw more families and tourist, and a kinder, gentler crowd.


Following 911, the security plan was boosted to include a counterterrorism overlay, and the NYPD has been tweaking plans ever since.


Today, it's a remarkably crime-free, safe and orderly event with a few safety precautions such as no backpacks or hanging out in the lobby of downtown hotels, thinking you can pop out at 11:30 and watch the ball drop. Even guests at the posh 2,000-room Marriott Marquis in the heart of Times Square aren't allowed to leave the hotel or enter it after a certain time.


That's fine by me because, if and when my family and I get to this event, we might just forego the main floor seating and opt to watch the biggest public party in the country, from the comfort of a suite.
AP contributed to this report

What are you doing for New Year's Eve? 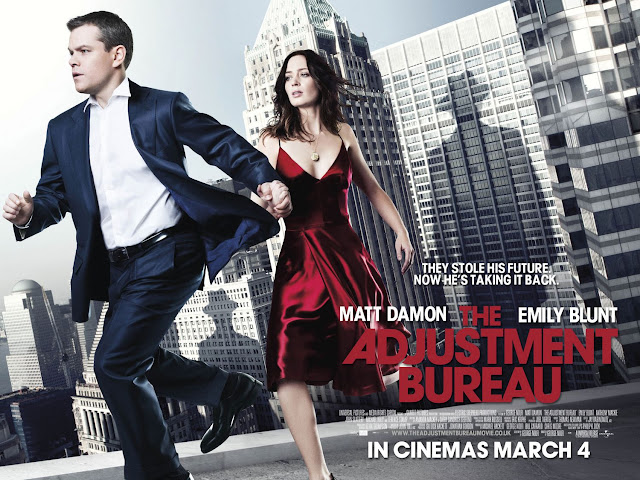 Do you believe that your life -- where you grew up, the career you picked and the person you chose to marry -- was the result of fate or free will?
The Adjustment Bureau invites you to upload photos of significant moments in your life to the “How Was Your Life Adjusted” album on Photobucket (www.photobucket.com/theadjustmentbureau)


Your life-changing moments could be selected by director George Nolfi (writer of Ocean’s Twelve, co-writer of The Bourne Identity) for use in an original video featuring characters and the song, “The Future’s Bright,” written for the film by Richard Ashcroft (former front man of The Verve) and Grammy winner/Academy Award nominee Thomas Newman.
In The Adjustment Bureau, an ambitious politician David Norris (Matt Damon) sees the future Fate has planned for him and decides he wants something different. In order to change it, he must chase after the only woman he’s ever loved, a beautiful ballet dancer Elise Sellas (Emily Blunt) across, under and through the streets of modern-day New York. In the face of overwhelming odds, stacked by the agents of Fate (the men of the Adjustment Bureau), he must either let her go and accept a predetermined path or risk everything to defy Fate and be with her.
The film is rated PG-13 and opens in theaters March 4, 2011.
Official site: http://www.theadjustmentbureau.com/
Posted by Gina Joseph at 1:11 PM No comments: 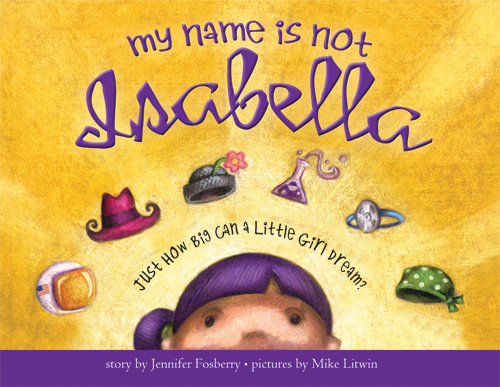 A combination of good role models, opportunity and constant encouragement can inspire our daughters to think outside of the girl box.
They might balk at the notion of flying to the moon or becoming a fighter pilot, but that can change once they see other little girls who made their dreams of becoming an astronaut, scientist or fighter pilot come true. Among the inspirational tools available to parents this Christmas is Jennifer Fosberry's "My Name Is Not Isabella" ($16.99, Sourcebooks Jabberwocky). It’s a picture book about a child who takes a trip through history pretending to be several brilliant women whose choices in life helped to change and enrich our world. I love the story. Isabella's imagination turns an ordinary day into an extraordinary adventure as she takes on the roles of Annie the sharpshooter, Rosa the activist, Sally the astronaut and others. Fosberry, who is a mother of three and science geek turned children's author, does a marvelous job in telling the story and it is Mike Litwin's brilliant and humorous illustrations that won me over. I particularly enjoyed the way he drew in a bottle of maple syrup to serve as Annie Oakley's gun. 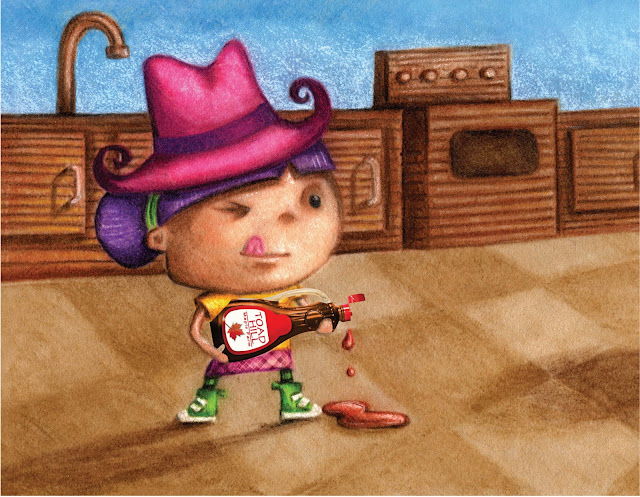 Litwin's illustrations make "My Name Is Not Isabella" a buoy in the sea of new picture books.
Fosberry begins her story by saying that, "This book belongs to -- the sweetest, kindest, smartest, bravest, fastest, toughest, greatest girl that ever was." Then readers see Isabella, a spunky little girl with purple hair and starry eyes wearing a concocted ensemble that includes a yellow shirt, pink plaid skirt and green and black tights. She could be any little girl you know. 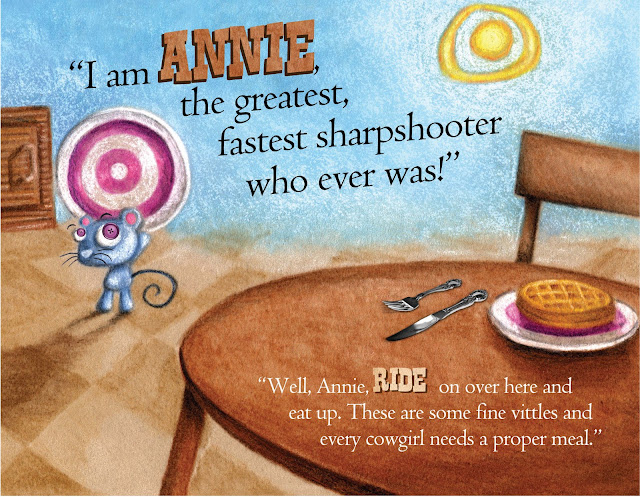 Isabella's antics are funny and your daughter will laugh, but moms are likely to cry when they read the surprise. One of the role models is Isabella's mom, who not only encourages but engages and enhances the imagination of her children. There will always be a need for heartwarming tales about princesses, fairies and mermaids, but the soul needs to know little girls like Isabella to make it strong. 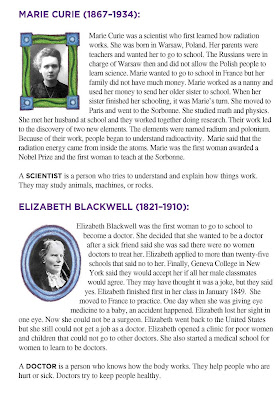 Don't worry if you don't know your history. An additional section at the back of the book (a cheat sheet, if you will) titled, "Women Who Changed the World," references the achievements of the famous women Isabella imagines herself to be.
Women who change our lives 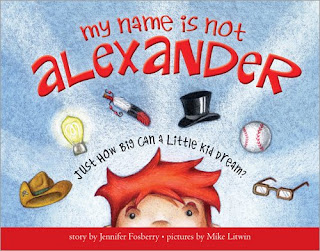 The next inspiring book by Jennifer Fosberry and Mike Litwin, "My Name Is Not Alexander: Just How Big Can a Little Boy Dream?" ($16.99, Sourcebooks Jabberwocky) is scheduled for release March 1, 2011.
Posted by Gina Joseph at 12:10 PM No comments: