What to know when choosing a real estate lawyer 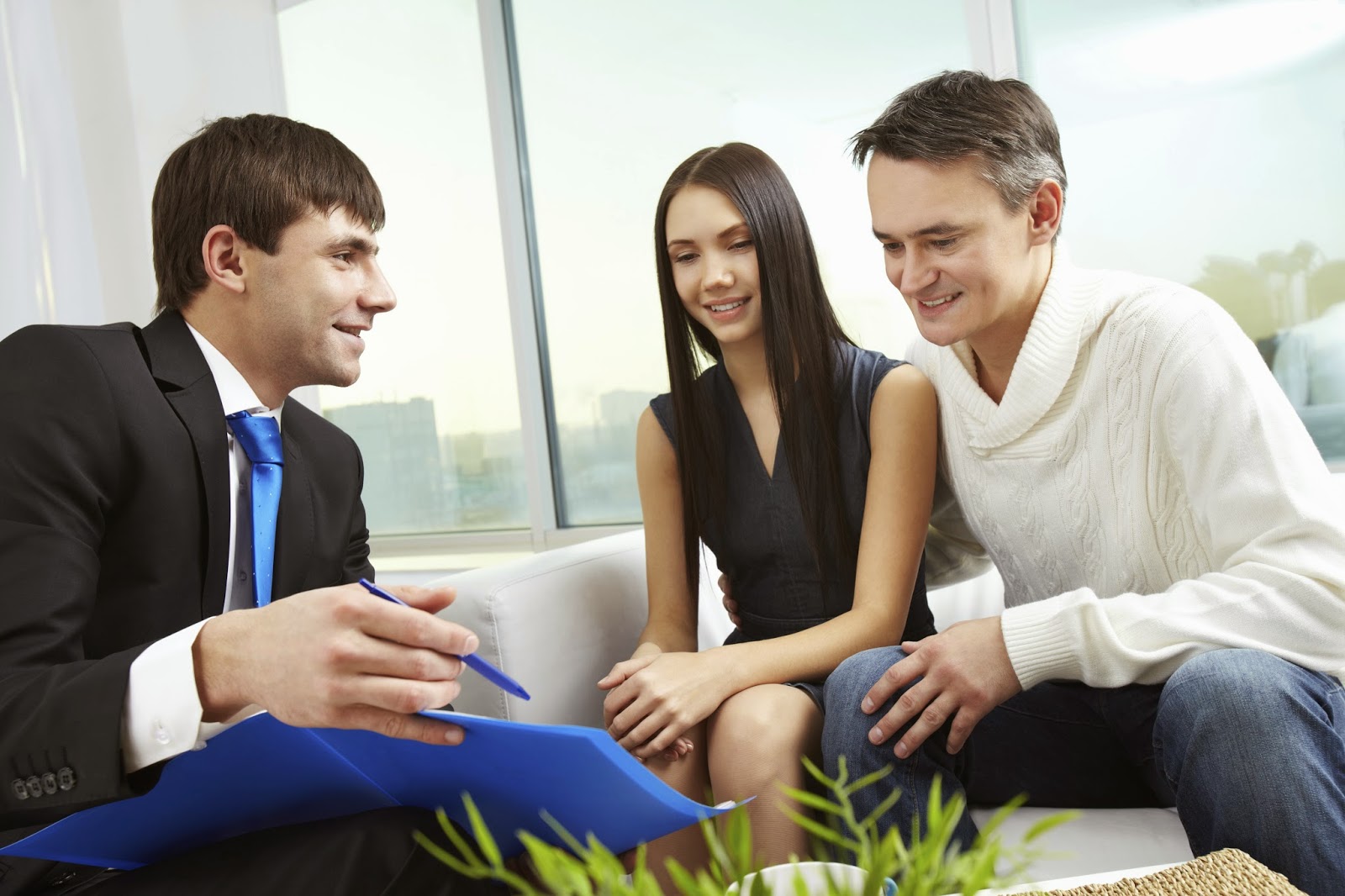 A few months ago I learned of a woman who is homeless because of a crooked real estate transaction. After years of taking mortgage payments as part of a land contract deal, the property owner took off. He left the house, but the woman later learned that he never made the payments, so she lost it shortly afterward.

There’s not much that can be done now, but a real estate lawyer may have been able to prevent something like this from happening. Even without having any experience with land contract deals, he or she might have noticed something amok in the paperwork or the answers being given by the property owner.

In any case, be it buying or selling real estate, it is rare to find a deal that is free of any complications, which is why it’s always a good idea to have an attorney available.
But, how do you know you’ve got a good lawyer?

Below are a few tips from a Metro News Services’ report to consider before hiring someone to represent you in any real estate transaction:
Gina Joseph is a multimedia journalist and columnist for The Macomb Daily. Send comments to gina.joseph@macombdaily.com, follow @ginaljoseph on Twitter and visit her beat blog at macomblife.blogspot.com.
Posted by Gina Joseph at 9:23 AM 5 comments:


I’ve reported on weather-related disasters including a prairie fire that threatened a town before destroying a man's livelihood but no lives were taken.
That was not the case for one of my Macomb Daily predecessors.
On May 8, 1964, right around the time Maury Vincent would have been dotting his I’s and crossing his T’s on weekend stories, a tornado touched down in Pontiac.
It killed one woman. Then it headed east for Chesterfield Township where it took 13 more lives and left hundreds homeless, before escaping into the clouds over Lake St. Clair.
It was also the end of Vincent’s weekend.
I'm only guessing because I never had the chance to meet the award-winning journalist. Vincent died on Oct. 5, 2011. Still, having heard the stories shared by journalists who had the pleasure of working with him -- he worked late into the night, Friday, Saturday and Sunday. Doing the job of reporting the news but also provide accurate information for those who need it most.
Residents hurt by the storm.
The biggest question being where their missing loved ones might be found.
I am a storyteller but I can only aspire to reach the level of a Maury Vincent, who was assigned the difficult task of reporting the deaths in Chesterfield.
Here we are 50 years later.
Looking at a story about the people who died handled with great accuracy and respect from Maury Vincent’s Sunday report, "Morgue was the last stop for the missing," on May 10, 1964:

Maury’s opening lines…
“Outside the door, a cardboard box filled with torn and bloddy clothing stood as mute testimony to the scene inside the room.
There, on stretchers placed neatly in a row, lay the crumpled bodies of the tornado victims.
This was the morgue of Martha T. Berry Hospital Friday.
Knots of people stood in the hallways.
Many of them had come to inquire about missing relatives.
A husky man walked in looking for his wife and daughter. He said his name was Joseph Soloc, age 28 and a machine shop operator. He lived (on) Forbes, Chesterfield Township.
A few moments later he came out of the morgue room.
His face was blank, jaw set.
He had found his wife Donna Mae, 24, and daughter Wnedy Lou, 6 months.
Soloc said he was driving home when the twister hit.

Maury shares the words of a grieving father…
“I saw the cloud,” he said. “I jumped out of the car and ran toward my house.
“I got to the house and there was nothing there. It’s all gone… flattened out. I went running through the fields looking for my family.
“Everybody was looking.”
Nearby, he found his two sons, Joseph, 6, and Alan, 5.
After getting medical help for the boys and sending them off to hospitals, Soloc resumed the search for his wife and daughter.
The morgue was his last stop.
A man and his wife walked in, looking for a missing daughter.
They walked out of the morgue room, wearing the same blank expressions.
“…she just had her hair cut,” the woman said softly.
Then she broke into sobs.
Her husband put his arm around her and pulled her into the elevator.
The closing doors framed them in their silent moment of grief… two people touched by the screeching death of a vicious tornado that screamed out of blackened skies on a quiet Friday afternoon…
Occasionally someone ventured a smile, but the atmosphere dispelled any attempt at cordiality.

So you never forget…
A box of corrugated paper, labeled “mortuary paper,” stood open beside the morgue door.
Among a cluster of people nearby, Dr. Raymond G. Markle, a Macomb County coroner noted the names of the dead as survivors went through the brief, but painful process of identification.
“They’re all women and children,” said Dr. Markle, inclining his head toward the covered bodies.
Posted by Gina Joseph at 11:35 AM No comments:

Light up your life outdoors 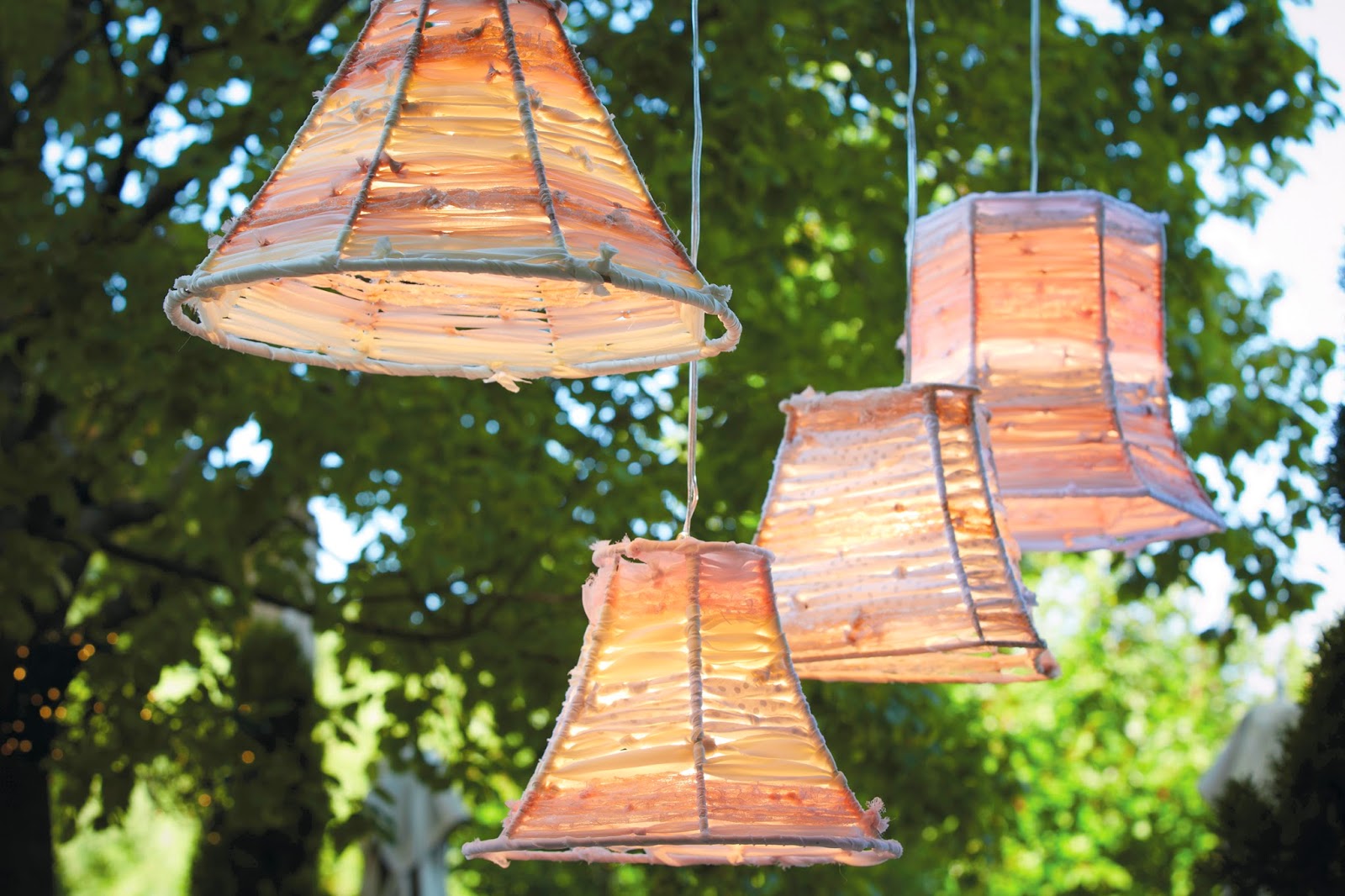 I have dreams of a future foray to a café in Paris. Until then perhaps a bistro table on the patio decorated with white lights will have to do.

Be it a string of clear bulbs or an elaborate Chinese lantern outdoors, lights are a great way to add a splash of whimsy and romance to any area.  Plus, outdoor lights are available in a variety of gardening, nautical and bistro themes. Paper lanterns are also nice for special areas (near an outlet). You might also look for battery-operated lanterns. For those looking for something a little more permanent and unique, here are the do-it-yourself instructions for a Parisian-inspired lampshade, courtesy of the design experts at Jo-Ann Fabric and Craft Stores.

City of Lights Lampshade
What's nice about this DIY project is that it incorporates strips of fabric tied and knotted around a wire lampshade frame so you can use scraps that you might have around the house.

What you need
Old lampshade (for its frame), fabrics in a variety of colors and textures (approximately 2 or 3 yards), rotary cutter, cutting mat and ruler, scissors, spray paint to match the fabric or accent it, cover for work service and lamp cord set. Look for these at craft stores or decorative shops. Also needed is the hardware for hanging the lamp such as a turn knob socket and loops and dangling gems or beads (optional).

Directions
1. Working carefully so as not to bend the wire, remove the fabric or paper covering the lampshade frame so only the wire frame is exposed.
2. Paint the lampshade frame and set it aside to dry.
3. Working on the bias, cut the fabric into long 2-inch strips. Once you're done with all of the strips, stretch them out onto a flat surface and then arrange them in the order you'd like them to appear on the lampshade. You might want to alternate patterns or colors, for example. It's easier to do this now than having to change pieces once you start assembling them.
4. Once you've got some idea of the design you want to create, tie a knot with the end of one fabric strip onto the frame. Then wrap the fabric around the frame, alternating the weave under and over the vertical wires (working in a spiral motion from the top to the bottom of the frame). Add extra knots here and there for interest. At the bottom of the frame tie a knot to finish it off.
5. The entire frame should be covered. If you have areas that are not covered, just cut a strip to fit it.
6. Trim all knot tails to give it a clean look.
7. If you want to add a little pizzazz to the lampshade, attach a few dangling gems to the bottom wire around the frame.
8. Now attach the cord set, knob and hanging loops as instructed.

While this lampshade was created for the outdoors, it should be brought in when the weather is unfavorable.